We've developed a new method of ad delivery that is extremely successful on mobile devices!

I thought we were making cell phone batteries.

We are! When our batteries get low, we let users unlock 15% more charge in exchange for viewing some ads!

Your Battery Looks a Little Low!

Unlock 15% MORE POWER by viewing this message from our sponsor!

The only gum that makes your TONGUE STICKIER!

ceobusinessbatteriesinteractive
If you're on a desktop computer or an iOS device (or...using IE!), you might not realize it but this comic uses the Battery API to see how much charge you actually have right now! Those of you with less than 50% will have to view the "ad" before seeing the end of the comic!

Firefox is removing support for the Battery API in a future release, so enjoy this comic now, you Firefoxers! They say it's being used unfairly by advertisers, but probably not the way I've shown it here.

Want to try it out even if you're on an unsupported device? Simulate Low Charge or Simulate High Charge
PreviousNext 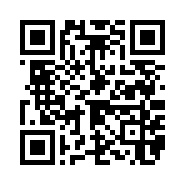